I’ve always wanted to build my own house and have spent hours designing houses in my (infrequent these days) daydreams. The problem has always been where – my family lives in a beautiful part of the Wirral close to good schools etc and with good transport links so we have no desire to move anywhere else.

Although building plots do come up for sale, they are nearly always massively expensive or small and hemmed in. It’s also hard to compete with builders / developers who usually get to know about plots before the public and can always build more cheaply so are perhaps willing to pay more for plots.

Anyway, whilst idly looking on Rightmove I spotted a plot in a great location – close enough to be able to walk to shops / pubs / trains etc but remote enough to be quiet particularly as it was on an unadopted road. The plot had full planning permission for a contemporary five bed house with potential views over the Dee estuary to the Welsh hills.

The plot was for sale by sealed bid with a guide price that was eye watering but possible… anyway, I went and had a look.

The plot had a tennis court at its centre which was originally part of the gardens of the large Victorian house next door which is being renovated. At the viewing I found out that this renovation was being done by a builder friend of mine for his brother who owned the house and who was selling the plot.

It was to be his family home and he thus wanted to ensure that whoever bought the plot was intending to live there, would be a good neighbour and would not try to build more than one house on the plot i.e. developers would not be looked upon favourably as purchasers.

After discussions with my wife / boss we decided to at least make an attempt to buy the plot and put in an offer. A couple of weeks later (this was March 2021) we were advised that the offer had been accepted – I think I was more nervous at that point than when waiting for the decision!

At the time there was a stamp duty ‘holiday’ in place and following frantic chasing of our / the vendor’s solicitors we managed to get the purchase completed on the last day of this (end of June 2021) which was nice.

An expensive old tennis court – the as yet untouched plot

In the meantime, we had meetings with the architect who had initially designed the proposed house and decided to employ him for the detailed design stage.

Following this, and completion of the purchase, a whole host of other companies were instructed for structural, electrical, landscaping, mechanical and electrical design. This does not come cheap! 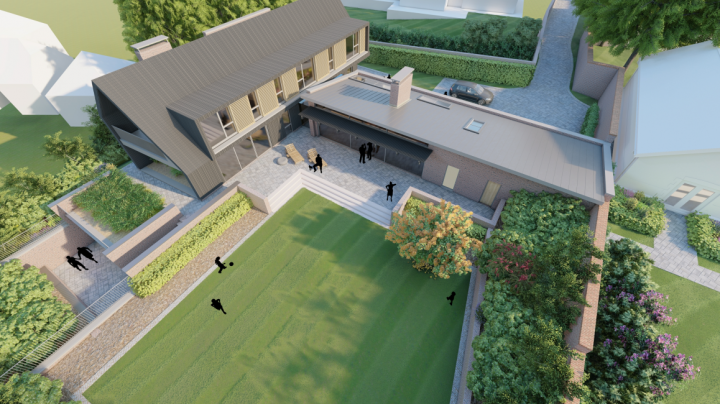 Initial architects’ image of house – this has been revised since

The original planning permission had 21 conditions attached to it ranging from the need to agree all building / landscaping materials to a requirement to install bird boxes. We also wanted to make some minor amendments to the layout of the house and revise materials etc.

The architect suggested that we re-apply for planning permission which would allow to make these amendments but also importantly would allow us to satisfy all the pre-commencement planning conditions. A new planning application was therefore submitted in November 2021.

Frustratingly we are still waiting for a decision on this – the delay has been mostly due to the site being on a badger foraging route which has required amendments to the plans to allow badgers to access through the site. It would also appear that the council planning dept. still have backlogs due to covid.

Prior to and whilst waiting for planning approval I’ve been able to create a site access ‘drive’ which necessitated cutting through a 2.2m high sandstone wall, clear the site of the tennis court fencing, bushes, hedges and also removed quite a few trees (mostly the dreaded Leylandii) that were down for removal under the original planning application.

Obviously, you need the correct tools to do this sort of thing so I now have a 6 tonne tracked excavator and a petrol chainsaw. My dad had a plant hire company so I was used to driving excavators during my school holidays but it took a while to get what little skill I had back. 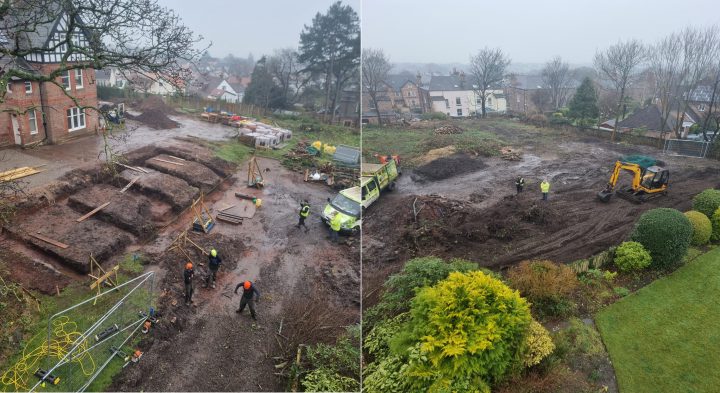 So that’s where we’re up to at the present – still waiting for planning approval and the completion of detailed design drawings. When both of these are sorted, I’ll be able to go to tender with ground workers and builders.

Given the recent rises in material prices and that most builders seem to be booked up well in advance this could be a very sobering experience!

Check back soon for part 2. 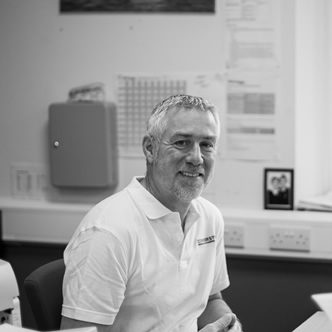